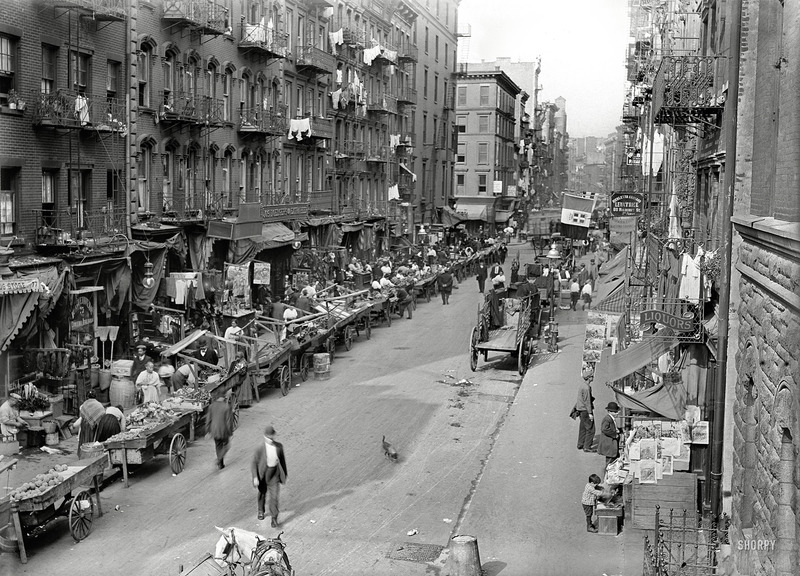 Little Italy, west of Chicago’s central business district, was a dense ethnic neighborhood that HOLC officials concluded was risky for residential investment. The area saw little investment until the late 1950s, when state and federal initiatives demolished the area, creating and interstate expressway and the campus of the University of Illinois-Chicago in its place. 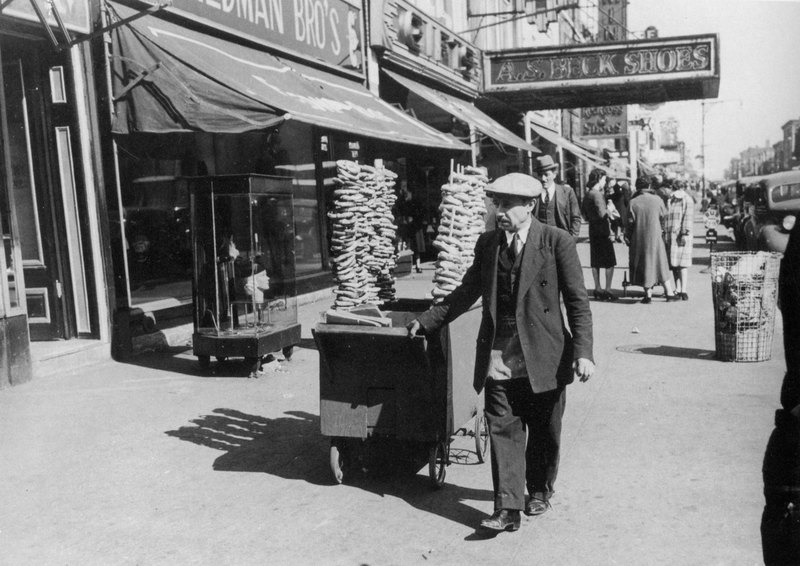 Brownsville, Brooklyn, depicted in this street scene, was a poor but densely settled neighborhood. It was a center of social activism--Margaret Sanger established the first birth control clinic in the United States there in 1916 and the community was renowned for residents’ socialist leanings.

To help explain the area rating, these HOLC documents often include discussion of the transportation facilities and housing conditions in a neighborhood, as well as the economic class, nationality, and race of residents.

In Chicago, IL, the area description for the Little Italy neighborhood illustrated the geographic shifts of populations: “Population is predominantly Italian; there is a marked infiltration of negro from the area on the south who, in turn, are driving the Italians into the section on the north. Most properties are little better than minimum shelter and rents here are about as low as it is possible to imagine....As a residential area, it has no future, but a slum clearance project could well be located in this district. Neighborhood is graded fourth class because of the presence of so many adverse influences and the absence of anything favorable.”

← The Legacy of Segregation
Mortgages in the 20th Century →
Area Descriptions